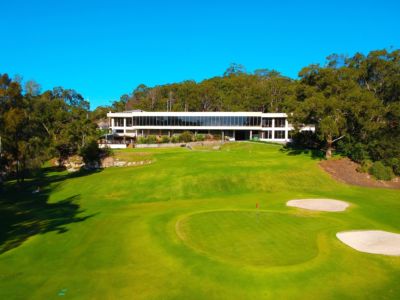 In exciting news for the Cronulla Club, the Sharks amalgamation with Kareela Golf has been approved following a series of extraordinary meetings and voting conducted amongst the members of the Sharks Leagues Club, Kareela Golf and Sporties.

At the third of such meetings, Sharks members have tonight unanimously endorsed the resolution to go ahead with the amalgamation, after Kareela Golf Club and Sporties had voted earlier this week to confirm the de-amalgamation of their existing partnership. Both Kareela Golf Club and Sporties members also voted unanimously in favour of the de-amalgamation in paving the way for the Sharks to take over operations at Kareela.

Chairman Dino Mezzatesta conducted the members meeting at the Kareela Golf Club and was thrilled Sharks members shared the vision of the Board of Directors and Sharks Management.

“We certainly appreciate the support of our members in unanimously voting for what will be a new chapter in the Sharks history and a new home for our members to enjoy,” Mezzatesta said.

“As I said in a recent note to members, this new addition to the Sharks stable will set the footprint for future growth and expansion while giving our members and our community many more benefits.

“The amalgamation with Kareela also secures another revenue generating asset to further strengthen our financial position,” he added.

The Sharks plan is to continue with Kareela Golf Club as a second site for members and their guests, both while construction is continuing at the Club’s traditional home at Woolooware and also into the future once the doors of the new Sharks Leagues Club open for business.

“We should be very excited as for the first time in the history of our Club we are expanding the brand to another area of the Shire, something we want to continue to do,” Mezzatesta said. “With our 27,000 strong membership base at Sharks, now boosted by the 7,000 Kareela members, the new combined Sharks entity will become a powerhouse in the Sutherland Shire.”

The Sharks amalgamation with Kareela Golf Club now needs to be ratified by the Independent Liquor and Gaming Authority (ILGA) before becoming official.

Under the arrangement the Sharks will take over the running and day to day operations of the Kareela Golf Club premises. Once ratified the new club will be known as Sharkies at Kareela.

Sharks Leagues Club General Manager Elie Bassil was also pleased the amalgamation had passed the member vote and was looking forward to enhancing the experience for both Sharks and Kareela Golf Club members and guests alike.

“I hope our members come down and try the restaurant and bistro, which offers outstanding dining options, the kids club is already popular amongst golf club patrons and should be utilised by Sharks members. And if they haven’t been here previously Sharks members might be surprised by the amenities here, which are first class,” Bassil said.

More details as to what the amalgamation means to Sharks members in relation to membership rights at Kareela, and the opportunities offered to existing Kareela Golf Club members once the new Sharks premises opens, will be communicated once finalised with the ILGA.